James Simons is an inspiring mathematician and a businessman whose life is full of twists and turns ending with incredible success.

As a world-renowned mathematician, Simons co-developed the influential Chern-Simons theory and worked as a Cold War codebreaker. As a pioneering quantitative investor, Simons founded Renaissance Technologies, known for its secretive and wildly profitable Medallion Fund. And in his current role as a philanthropist, Simons and his wife Marilyn established Math for America and have given billions to science-backed projects through The Simons Foundation.

In accepting the fellowship, Simons, 80 at the time, gave a series of talks at MIT on math, money, and making a difference. On one occasion he talked about how he convinced two of his Colombian friends from his undergraduate years to start a business. “They were very smart guys and had a very good sense of business,” he said, and further emphasised to them that ‘I’m coming down and I won’t leave until you’ve found something” – something that they can use to start their business on. They later settled on manufacturing vinyl floor tiles. Simons and his father both invested in the venture. “I had to borrow from everyone,” he recalled, “but I was able to invest a small amount.” Returns were disappointing, however the company pivoted to take advantage of a flourishing demand for PVC pipe fittings, and the business started to truly take off.

To repay the money he had borrowed he decided to go to the Institute for Defense Analyses, which was hiring mathematicians to crack Russian codes, and paid them well. “The deal was you could spend half your time on your own mathematics, and half your time on their stuff. And my math started going very well.” While the war was still on, he’d work 100 percent of his time at IDA on his own mathematics. Once the war ended he decided that he would then work an equal amount of time only on their stuff, “and it’d all balance out,” he stated while laughing when interviewed by Newsweek. However, those who employed him from the Institute for Defense Analyses weren’t amused so he was shortly fired. Yet, he wasn’t very affected by this since it would be easy for him to find a job because of the mathematics work he had done. Unsurprisingly, he was quite right as he became the chairman of the math department at Stony Brook University, where he stayed until he shifted to finance in 1976.

When in finance, he started out by trading currencies and had some success. However that wasn’t enough for him, so he started contemplating: “Could we systematize it, could we put math to it; algorithms?” To make this come true he took many more other mathematicians and others outside of the traditional finance field. Thanks to this, Renaissance Technologies, founded in 1982, are still infamous for passing over MBAs and finance PhDs in favour of physicists, mathematicians, and even astronomers.

On this occasion he later commented: “It’s unbelievably difficult to manage intelligent people, and it’s worse when there’s a lot of money involved”. Andre Stern admired Simons talent in managing such a big group of intelligent people stating: “I don’t know many people who do it as well as [Simons] does”. In conclusion of this ordeal Simons advised that you should “hire the smartest people you possibly can”, because “you never know where good science is going to take you”. Then you should “work collaboratively, and let everyone know what everyone else is researching, so people aren’t wasting their time”, and create a team that can reach real breakthroughs.

After Simons retired from Renaissance in 2009, he remained a non-executive chairman and adviser, and was most proud of the team he built. “My biggest contribution was to hire great young people into the business”, he said. “We have great leaders, and they carried on. They haven’t missed a beat.”

The famous incident of “the quant quake”

According to an independent expert, Volfbeyn and Belopolsky may, in fact, have taken Medallion’s intellectual property since the  researchers used much of the same source code as Medallion. They also relied on a similar mathematical model to measure the market impact of their trades. Volfbeyn and Belopolsky even employed the “Henry’s signal.” It seemed more than a coincidence that Renaissance used a similar strategy with the exact same name developed by Henry Laufer, Simon’s longtime partner.

In July 2007, RIEF experienced a minor loss but Medallion was up 50 percent for the year, so this did not raise any concern. Still, troubles were brewing for the so-called subprime home mortgages.

On Friday, August 3, the Dow Jones Industrial Average plummeted 281 points, which has now created some concern about the health of investment bank Bear Stearns but it still seemed like not much of a big deal so it wasn’t seen as worthwhile to read out the losses to the senior investors who were at the time on vacation.

On Monday, August 6, Quant traders were hit with sudden, serious losses and a word emerged that a smaller quant fund called Tykhe Capital was in trouble and a division of Goldman Sachs that also invested in a systematic fashion also was suffering. The academics and others would posit that a fire sale by at least one quant fund had sparked a brutal downturn that became known as “the quant quake.”

That Monday during the day Simons was attending his mother’s funeral and in the evening on his flight back he was told about the serious losses that had emerged. To this, he responded: “We always have very good days after difficult ones,” putting this growing issue to the side.

On Wednesday, in the conference room, the whole team of the senior investors focused on a series of charts affixed to a wall detailing the magnitude of the firm’s losses and at what point Medallion’s bank lenders would make margin calls, demanding additional collateral to avoid selling the fund’s equity positions. One basket of stocks had already plunged so far that Renaissance had to come up with additional collateral to forestall a sale. “Renaissance should stick with its trading system, Maybe even add positions,” Brown said as he was confident in the algorithms he was part of putting into the system. Henry Laufer also held to the idea that they should: “Trust the models — let them run”.

If they couldn’t come up with enough collateral because the losses kept growing, the banks would sell Medallion’s positions and suffer their own huge losses. Then no one would deal with Simon’s fund again so he was really starting to panic because that could become the end of it.

On Thursday, it didn’t seem that anything they did helped in any way as the losses only kept growing after they sold the first batch of their shares. To add to the madness, problems grew for all the leading quant firms: PDT lost $600 million of Morgan Stanley’s money over just two days, the S&P 500 dropped 3 percent, and the Dow fell 387 points. Medallion had already lost more than $1 billion that week. RIEF, too, was plunging, down nearly $3 billion, or about 10 percent

During all this, the firm’s rivals shared about a quarter of its positions. Renaissance was plagued with the same illness. Simon then decided to interfere with the trading system and reduce positions, and many scientists that had worked on the system took it personally. So a senior researcher emailed Simons: “You’re dead wrong,” and another said: “You either believe in the system, or you don’t,” with some disgust.

On Friday, Dwyer, the senior executive hired two years earlier to sell RIEF to institutions, left the office to pitch representatives of a reinsurance company to try and help himself in any way since he had sold his home upon joining Renaissance, invested the proceeds in Medallion and borrowed money from Deutsche Bank to invest in the fund, meaning he would lose everything if the system would fully fail. At that moment, Medallion was down nearly a million dollars which sent him into agony as the symptoms of Crohn’s disease that he battled as a child  resurfaced.

But soon, along with everyone else, he calmed down and felt much better as he saw that Medallion was stabilizing. That morning, when the fund sold positions again, the market seemed to handle the trades without weakening, ending everyone’s nightmare. And come Monday morning, Medallion and RIEF were both making money again as were most other big quant traders.

Truly inspired by Jim Simon’s Renaissance Technologies LLC as he works to lure investors back to his Brazilian firm’s flagship hedge fund, Marcelo Giufrida put together a five-person team to start a quantitative-trading desk (Giufrida’s Garde Asset Management Ltda), while also inspired by other global hedge funds that have been successful.

“That company did poorly, and then it did wonderfully… Businesses are often that way. If you start off doing one thing and it doesn’t go well, you change and do something else.”

“Getting fired once can be a good experience. You just don’t want to make a habit of it.”

“Work with the smartest people you can. Hopefully smarter than you even. It amplifies your effect.”

“The world is full of good causes. We want to be intelligent about what we give, and narrowing it down to science helps us decide.”

“Be guided by beauty. Beauty is an aesthetic. There is beauty in things that work really well – the way a company is run, or the way a theorem comes out.”

“I’m curious about a lot of things… I really would like to know the origins of life. But I don’t think the NIH [National Institutes of Health] cares where we come from, so it’s not so easy for scientists to get grants on that topic.”

“Don’t give up easily. Stick to something. Not to the point where it’s clearly insane, but be persistent.”

“My biggest contribution was to hire great young people into the business. We have great leaders, and they carried on. They haven’t missed a beat.”

“You never know where good science is going to take you.”

“Hire the smartest people you possibly can.”

The book about him

“The Man Who Solved the Market: How Jim Simons Launched the Quant Revolution”,written by Gregory Zuckerman, is a book that talks about how a secretive mathematician pioneered the era of the algorithm–and made $23 billion doing it. 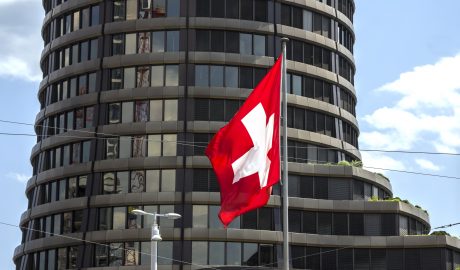