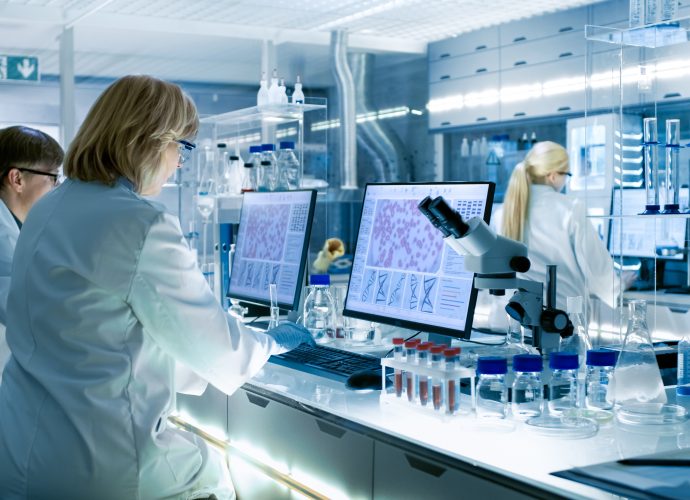 Prime Minister Boris Johnson has announced a “global talent” visa which will replace the current “exceptional talent” route, but removing the cap on numbers.

A new, fast-track visa scheme to attract the world’s top scientists, researchers and mathematicians will open next month. This follows a commitment by the Prime Minister last summer to put science, research and innovation on the top of the government’s agenda.

The bespoke Global Talent route will have no cap on the number of people able to come to the UK, demonstrating the government’s commitment to supporting top talent. The previous system applied mostly to non-EU nationals and was limited to 2,000 visas per year.

For the first time UK Research and Innovation (UKRI) will endorse applicants from the scientific and research community. From the beginning of the programme, scientists and researchers will be able to get their visa applications speeded up if they have been endorsed by one of four national bodies.

The Immigration Rules to bring the visa changes into effect will be made on the 30 January 2020 and come into effect on the 20 February. The changes are part of the initial-phase wider reforms to enable those with world class skills in science and research to come to the UK as soon as possible.

The reforms to the Global Talent route coincide with ambitious government investment of up to £300 million to fund experimental and imaginative mathematical sciences research by the very best global talent over the next five years.

The new funding forms part of the government’s ambitions to boost research and development spending on changing the way people live, work and travel. The funding will increase the pool of trained mathematicians in the UK and provide more freedom for researchers to develop new ideas. With this funding, the UK will remain at the cutting edge of maths research that underpins real-world technological developments, ranging from smoother traffic flow, crime prevention, safer air travel and smarter phone technology to the use of artificial intelligence and creation of greener energy systems.

Home Secretary Priti Patel said: “The UK is a world leader in science, with research and innovation that changes lives being undertaken every day in this country. To keep the UK at the forefront of innovation, we are taking decisive action to maximise the number of individuals using the Global Talent route including world-class scientists and top researchers who can benefit from fast-tracked entry into the UK.”

Business and Energy Secretary Andrea Leadsom said that leaving the EU gives the UK new freedom to strengthen research and build the foundations for the new industries of tomorrow. With more leading international scientists and bigger investment in mathematics, the UK can establish itself a “global science superpower”.

The ambitious goal, however, can be marred by the scientific community’s complaints about excessive research bureaucracy and methods, including arduous funding applications and research selection processes. The government has lately launched a major review of research bureaucracy. New, easier procedures will free up researchers from unnecessary paperwork and help them focus on groundbreaking and meaningful research on disease treatments or improvements of UK’s transport networks.

UKRI is already taking steps to reduce bureaucracy. The agency will simplify the process to apply for funding, removing the unnecessary requirement to precisely forecast the long-term benefits of projects with unpredictable results. In the coming weeks, the government will be consulting world-leading scientists, researchers, academics and industry figures on what more can be done.

An ambitious Place Strategy for UK research and development will also be published this summer to ensure funding builds on strengths of the regions. The government will also examine how the UK’s catapult centres can strengthen research and development capacity in local areas, improving productivity and contributing to greater prosperity across the UK.

Universities are welcoming the new initiative. Professor Julia Buckingham, President of Universities UK and Vice-Chancellor of Brunel University London, hopes that the new visa route will help universities attract the brightest scientists and researchers to the UK with minimal barriers. “Universities are globally connected and this announcement signals that the UK remains open to talent from around the world,” the professor said. “Our universities carry out life-changing research and our knowledge base, economy, and wider society will benefit from the international staff we can attract through this visa route.”

Boris Johnson’s government has already outlined broader immigration reforms, expected to be set out in legislation in the coming months. The points-based system will seek to limit the rights of low-skilled workers to settle in Britain while trying to provide industry with the skilled workers they need.