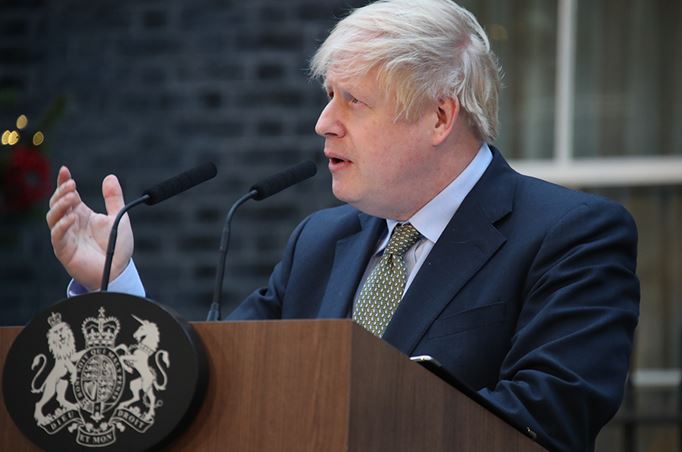 Prime Minister Boris Johnson has promised to deliver Brexit and repay the trust of voters after he led the Conservatives to an “historic” general election win. The Conservative party has now a House of Commons majority of 80.

The Conservatives have done best in areas in Wales and northern England that voted Leave in the 2016 EU referendum. Interestingly, the Brexit Party, which triumphed in the summer’s European Parliament elections, failed to win any Westminster seats.

The opposition was swept aside by the Conservatives in its traditional heartlands in the Midlands and north-eastern England, and lost six seats in Wales. The Tories took Blyth Valley from Labour, which had held the seat since its creation in 1950. 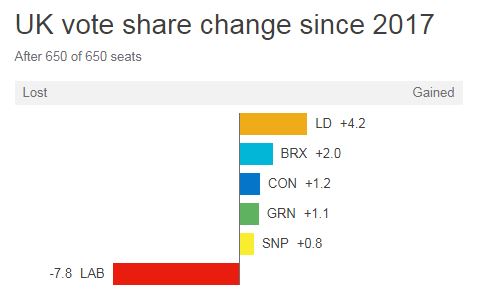 As reported by BBC, it was the biggest Conservative victory since 1987 and Labour’s worst result since 1935.

Jeremy Corbyn, serving as Leader of the Labour party and Leader of the opposition since 2015, says he did “everything he could” to win and will stand down as leader early next year, amid recriminations over the party’s defeat. As MIB wrote earlier, the Labour party had announced plans to raise taxes on the rich and nationalise rail, water, mail and electricity distribution companies.

According to the Financial Times, the Conservative party’s thumping victory in the UK’s general election has delivered one of the biggest ever rallies in sterling and fired up shares in companies vulnerable to a Labour-led nationalisation drive. Among Labour’s nationalisation targets were primarily banks, National Grid, Royal Mail, Virgin Money, BT, Centrica and Firstgroup. The pick-ups lifted the FTSE 100 index of UK blue-chip stocks by 1.1% and the more domestic-focused FTSE 250 index by 3.5%.

When delivering his speech outside Number 10 Downing Street yesterday, Boris Johnson claimed that his new “one nation government – a people’s government” will have an overwhelming mandate to get Brexit done by Jan 31.

“I say thank you for the trust you have placed in us and in me and we will work round the clock to repay your trust and to deliver on your priorities with a parliament that works for you,” Boris Johnson said to his voters, adding that the UK will continue working together with the EU “as friends and sovereign equals” in tackling climate change and terrorism, building academic and scientific cooperation and redoubling their trading relationship.

“The overwhelming priority of the British people now is that we should focus above all on the NHS, that simple and beautiful idea that represents the best of our country, with the biggest ever cash boost 50,000 more nurses, 40 new hospitals as well as providing better schools, safer streets. And in the next few weeks and months we will be bringing forward proposals to transform this country with better infrastructure, better education, better technology.”